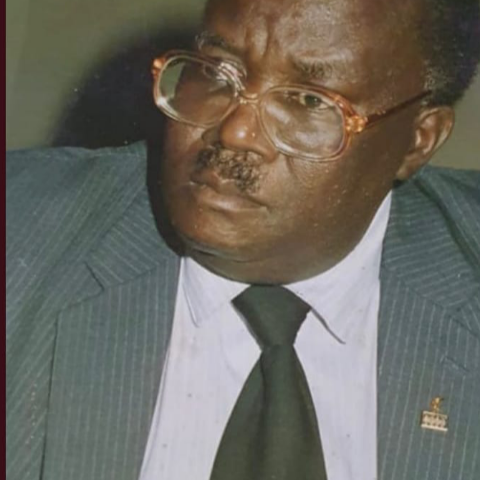 He was a founding father of KNUT, a peace maker and a diligent and committed worker in moulding all the existing KNUT structures.

"When you retire, Don't Tire, If you Tire, Don't Rest, If you Rest, You Rust, If you Rust, You Rot and Die." “Giving up is not an option when fighting for your rights.” “All careers in the world owe a lot to the teachers.”

Mr. Lubulela served the KNUT from 1960 to 2003 for over 40 years. He was instrumental in the founding of KNUT. He will be remembered for his great contribution in the growth and development of KNUT. He was the first teacher elected as Branch leader and first to acquire checkoff system for the branch. He was part of a team that organized strikes in 1962,1969 and 1997 that led to teachers salary increment of 200%. He development of KNUT training manuals, KNUT constitution,facilitated KNUT training's and workshops countrywide, creation of KNUT Branches, establishment of Burial and Benevolent Scheme, Education Funds Schemes in KNUT branches countrywide. He was a great peace maker. He will be remembered as a great unionist and a KNUT founding father who dedicated his time and strength to the growth of KNUT. KNUT fraternity will cherish Lubulela’s work, wit, courage, humor and style forever.